The 17th iteration of International Conference on Frontiers in Handwriting Recognition ICFHR will take place in Dortmund, Germany on 8-10 September, 2020. We solicit proposals for tutorials or short courses to be held at ICFHR 2020. Courses and tutorials will take place on September 7, the day before the main conference.

An ICFHR tutorial should aim to give a comprehensive overview of a specific topic related to handwriting recognition. A good tutorial should be educational rather than just a cursory survey of techniques. The topic should be of sufficient relevance and importance to attract significant interest from the ICFHR community. Typical tutorial audiences consist of graduate students studying computer vision, image processing or pattern recognition, but also include researchers and practitioners from both academia and industry. We invite proposals for both half-day and full-day courses, however, we encourage courses to be half-day unless the topic is expected to attract widespread community attention or will require the additional time.

For any questions, please contact the tutorial chair, Daniel Lopresti.

Welcome Reception at a Local Brewery

We planto hold the traditional welcome reception scheduled for the first evening before the main conference at Hövels Brewery (Hövels Hausbrauerei) in the city center of Dortmund. 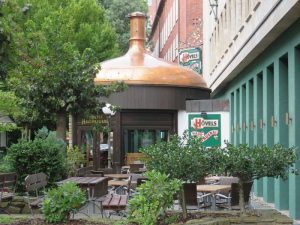 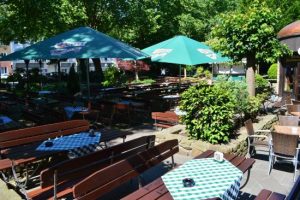 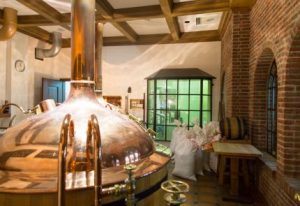 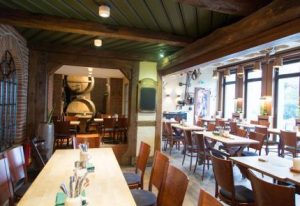 Hövels Brewery offers excellent traditional-style indoor rooms and a spacious beer-garden. As the beer on tap at Hövels Brewery is still brewed locally, we plan to also have a tour of the brewery site. The official Video gives an overview of the premises.

Though breweries tend to be more interesting for beer-lovers, there will definitely be non-alcoholic beverages available as well as vegetarian food options.

As a social event on the afternoon of the second day of the conference, we have planned an excursion to the UNESCO World Heritage Site of the "Zollverein'' coal mine in the city of Essen (approx. 30~minutes by bus from the conference venue).

Zollverein is part of the substantial industrial heritage preserved in numerous sites throughout the Ruhr area. Among these it can be considered the most impressive with its characteristic double pit-head, the spectacular coking plant, and many more places to visit. Industrial heritage preserved at such scale makes the Ruhr Area and the Zollverein site unique in the world. Here you can see the visually most striking colliery in the world on an exhibition space that once was the largest cole mining site in Europe:

The "most beautiful coal mine in the world'': the UNESCO World Heritage Site Zollverein Hundreds of coal mines produced coal in the Ruhr area, but only one was declared a UNESCO World Heritage Site in 2001. For good reason: the Zollverein Coal Mine is a masterpiece of mining architecture, created by the visionaries Fritz Schupp and Martin Kremmer. The symmetrical arrangement of buildings is still impressive today: The facilities, which were designed to the last detail, are a completely preserved synthesis of the arts.

Until 1986, the coal mine had produced a total of 240 million tons of coal, and up to 8,000 miners worked around the clock above and below ground. Today, the industrial monument is a lively cultural location with museums for industrial history and design, numerous recreational offers and events. The famous twin pithead frame impressively represents the change of a whole region.

Conference Dinner at the Zollverein Site

In order to breathe in even mor the unique atmosphere of the Zollverein site, we will have the conference dinner in the Erich-Brost Pavillion. This is a unique event location situated on top of the Ruhr Museum with a spectacular view on the Zollverein site. The Erich-Brost Pavillion can easily accomodate the expected ICFHR delegates and their accompanying guests (maximum seating capacity 300 people). With the upscale catering services provided, this conference dinner will become a memorable event for everybody attending.