The city of Dortmund

Dortmund is an independent city in North Rhine-Westphalia, Germany. It is in the middle part of the state and is considered to be the administrative, commercial and cultural centre of the eastern Ruhr area. Its population of 581,612 (2015) makes it the 8th largest city in Germany. Moreover, Dortmund is the largest city by area and population in the Ruhr Area, an urban area with some 5.1 million (2011) inhabitants which is the largest urban agglomeration in German.

The city has been one of Germany's most important coal, steel and beer centres until the 1970s. The region has adapted since the collapse of its century long steel and coal industries and shifted to high technology biomedical technology, micro systems technology and also services.

Dortmund is home to many cultural and educational institutions, including TU Dortmund University, many museums, such as Museum Ostwall, Museum of Art and Cultural History and the recently founded German Football (soccer) Museum, as well as theatres and music venues like the Concert Hall or the Dortmund Opera House. The city is known as Westphalia's "green metropolis''. Nearly half the municipal territory consists of waterways, woodland, agriculture and green spaces with spacious parks such as Westfalenpark and Rombergpark. This stands in a stark contrast with nearly a hundred years of extensive coal mining and steel milling within the city limits.

Dortmund is situated in the temperate climate zone. Winters are comparatively mild and summers are rather cool. The average annual temperature lies at approximately 9 to 10 °C (48 to 50 °F), the total average annual amount of precipitation lies at approximately 800 mm (31 in). Precipitation falls evenly throughout the year; steady rain (with some snow), prevails in the wintertime, isolated showers dominate the summer season.

In Germany in general and in Dortmund in particular, September offers a very enjoyable autumn-season climate. The average daily high and low temperatures in Dortmund are 19 °C (66 °F) and 10 °C (50 °F), respectively with little rain to be expected.

Dortmund is also well connected to European destinations via the high-speed trains of the Deutsche Bahn.

FRA is a major international airport located in Frankfurt, the fifth-largest city of Germany and one of the world's leading financial centres. Frankfurt Airport is by far the busiest airport in Germany as well as the 4th busiest in Europe.

DTM is a minor international airport. It serves the eastern Rhine-Ruhr area, the largest urban agglomeration in Germany, and is mainly used for low-cost and leisure charter flights.

Connections to THE CITY

Dortmund is a major stop within the high-speed railway network of the Deutsche Bahn. This network is also connected to the respective high-speed railway systems of The Netherlands, Belgium (via Thalys), France (via TGV), Switzerland, Austria, and Denmark.

The city of Dortmund and the whole Ruhr area is connected via a dense network of public transport integrating buses, streetcars and local trains. This system is managed by the Transport Network Rhein-Rhuhr (German: Verkehrsverbund Rhein-Ruhr, VRR, www.vrr.de) such that a single ticket system for local public transport is used within the Ruhr area and the major part of the state of North-Rhein-Westfalia. Tickets are available in 5 categories (A to E) depending on the distance to the destination. Tickets of category A cover trips within a city. Tickets of type D cover, for example, a trip from Dusseldorf Airport to Dortmund. All tickets are available at numerous vending machines throughout the VRR network.

Germany is a member state of the European Union (EU). Therefore, EU citizens will not require a visa to travel to Germany. Additionally, Germany has visa waiver agreements with countries associated to the EU as well as with many other countries worldwide including: Argentina, Australia, Brazil, Canada, Chile, Colombia, Croatia, Israel, Japan, Korea, Malaysia, Mexico, New Zealand, Nicaragua, Palau, Peru, Singapore, Switzerland, Taiwan, United States of America, Uruguay, and Venezuela.

More information on and details of visa requirements can be found on the official web pages of the German Foreign Office.

The following hotels can be booked via Dortmund-Tourismus following the Electronic Booking-System.

Hotel ibis Dortmund West is located in the vicinity of the university campus. Many more can be found in the city centre. In this area also numerous restaurants, bars, and night clubs can be found. Therefore, this is actually the recommended area to stay. From the city centre the campus can be reached via the local train "S1'' in less than 10 minutes (approx. EUR~2.50 per ride).

Attractions in Dortmund and the Ruhr Area

Numerous sites related to the Industrial Heritage of the Ruhr area, e.g.:

Zollern colliery in Dortmund, the probably most beautiful colliery in the Ruhr area, is famous for the art nouveau entrance of its plant floor.

The Hansa coking plant in Dortmund is one of the highlights of industrial heritage in the Ruhr Area. (Source: www.ruhr-tourismus.de)

The Deutsches Bergbau-Museum Bochum is the most important mining museum in the world and, at the same time, a highly regarded research institution for mining history.

As the former ancestral home of the Krupp family, the villa can be considered a "castle of modern times'' -- meant to impress even Maharajas! 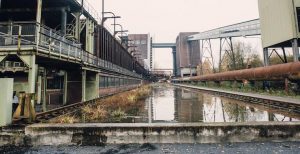 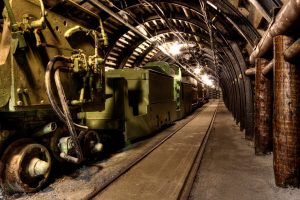 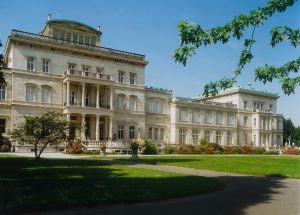 Attractions in the Rhein-Ruhr Area

The Rhein-Ruhr Area includes a number of must-see cities, e.g.:

Among others, numerous UNESCO World-Heritage Sites